In it, she alluded to a relationship that had ruined her happiness in this world and was endangering his hopes of the world to come. 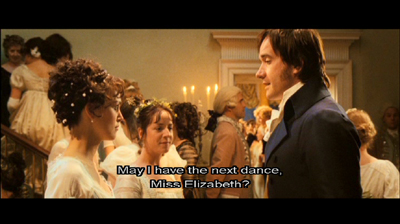 Princess Beatrice is to celebrate her 18th birthday in style – with a glittering Pride And Prejudice-themed party at Windsor Castle.

Guests, including the Queen, Prince Charles, Prince William and Prince Harry, will be expected to dress as characters from the Jane Austen novel.

And Beatrice herself is likely to follow in the footsteps of British Oscar nominee Keira Knightley and opt for the character of Austen’s most-loved heroine, Elizabeth Bennet.

The Royals traditionally wait until their 21st birthdays for a major celebration. But because of Beatrice’s unusual birthdate – she was born at 8.18pm on 8/8/1988 – her family has agreed to an 18th celebration instead.

Beatrice is unlikely to face a shortage of potential Mr Darcys from her guest list of eligible bachelors.

She has already been linked with a string of potential suitors – she was pictured holding hands with Nikolai Bismarck, great-great-grandson of Prince Otto von Bismarck, while Carlo Carello, son of the former chairman of the Italian car manufacturer Fiat, has also been touted as a possible boyfriend.

Her mother, the Duchess of York, is likely to attend as matchmaker Mrs Bennet. But whether Beatrice’s cousin Prince Harry will choose to dress as handsome soldier – and womanising cad – Mr Wickham is open to debate.

Prince William is the obvious choice for Mr Darcy, although whether he goes for the sopping wet shirt made famous by Colin Firth’s portrayal of the character in the 1995 BBC TV dramatisation remains to be seen.

The Princess Royal’s daughter Zara Phillips could go as the reckless and flirtatious Lydia Bennet and Beatrice’s father Prince Andrew is an ideal Mr Bennet.

The beleaguered character, a father of five girls, spends much of his time hiding from his wife in his study.

The Queen might attend the party dressed as Lady Catherine de Bourgh. A proud and domineering woman, she is keen to marry her daughter off to Mr Darcy.

And if Tony Blair gets an invitation, he could go as William Collins – a sycophant who thrives on the favour of Lady de Bourgh and who spends much of his time lecturing his female cousins.

Other guests are likely to include Peaches Geldof, the party-loving daughter of Sir Bob and the late Paula Yates, whom Beatrice has befriended. Another of her close friends is Zenouska Mowatt, the daughter of photographer Paul Mowatt, and Royal black sheep Marina Ogilvy, the rebellious daughter of the Queen’s cousin Princess Alexandra, who are divorced.

A-level student Beatrice, who is fifth in line to the throne, is no stranger to partying. She was recently spotted drinking cocktails at the fashionable Chelsea nightclub Mamilanji, frequented by Prince William and Zara Phillips.