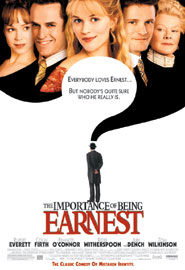 Now in Heathrow. 4 hours before departure. Waiting for the counter opening of Singapore Airlines. (i.e. I still need to change my flight in Singapore…near the equator…very hot anyway)

In the last day of this trip, I finally do something crazy. Binge-buying books. Really terrible.

Back to London, after travelled by train for 4 hours 40 mins from Edinburgh, Scotland.

Frequent trains in Tube which is the most memorable things of London after I have travelled north for almost 8 days. (You know, when you just found that the next train is going to be 10 mins later in Newcastle metro, you really got annoyed especially you carried an unexpectedly heavy backpack.)

After settling down, I should go out to buy some souvenirs then. Perhaps see you all in Hong Kong, at night on 10th June, 2006.

p.s. I think I should rewrite my previous post in Chinese after I come back to Hong Kong, it’s really difficult to express myself in my poor second-language.

Really need to forget the plan for tomorrow to Basildon Park (Netherfield in “P&P” 2005, currently with a “P&P” exhibition…really attractive!) because time is terribly limited but the bus is really infrequent (similar to the case of getting to Chatsworth House). Better stay in London, buying something for family and friends and most importantly, get “Bride and Prejudice” region 1 DVD and all the books that I prefer to buy here. (Already got “Anne Neville” and “Katherine Howard” in Edinburgh, which I have waited for more than 6 months)

However, my booklist is terribly long…